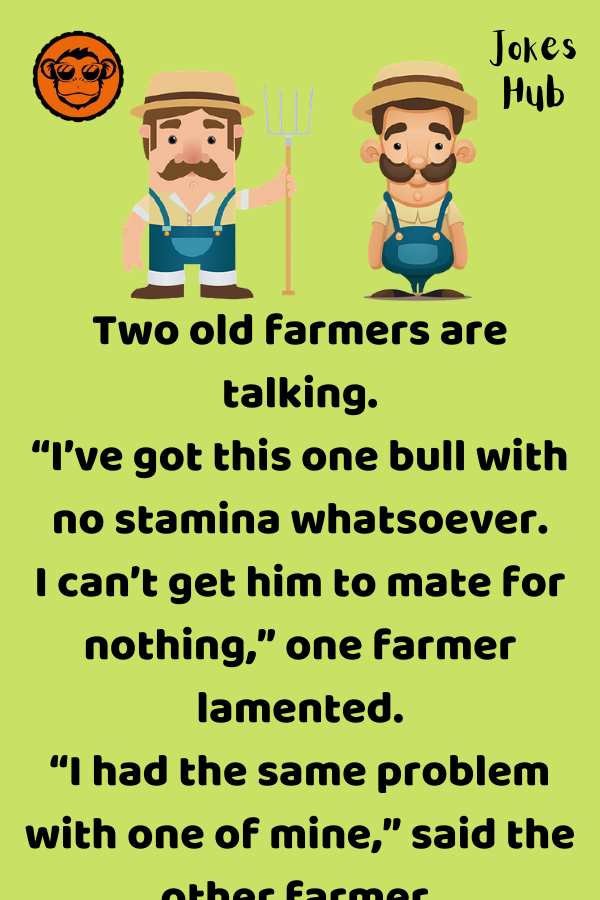 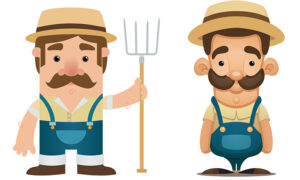 “I’ve got this one bull with no stamina whatsoever.

I can’t get him to mate for nothing,” one farmer lamented.

“I had the same problem with one of mine,” said the other farmer.

“I took him to animal doctor and got him some pills that worked like a charm.

He took one and five minutes later went out and mated with every cow I have.

Then when he was done he hopped the fence, ran to the neighbor’s farm and satisfied every cow that guy owns.”

“what are these pills called?”

“I can’t remember what the’re called,” replied the first farmer.