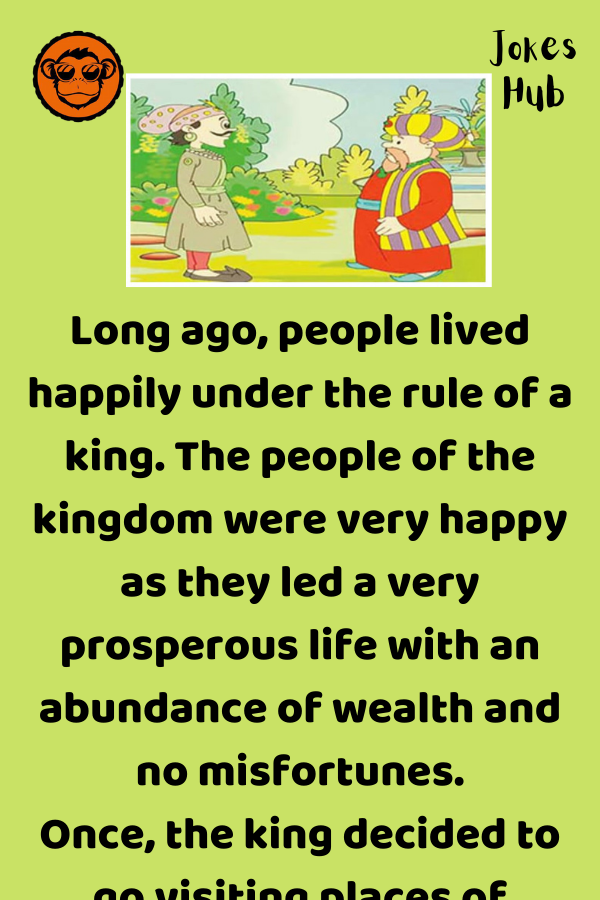 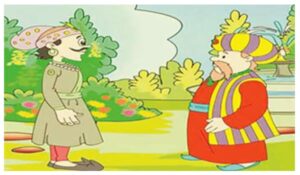 Long ago, people lived happily under the rule of a king. The people of the kingdom were very happy as they led a very prosperous life with an abundance of wealth and no misfortunes.

Once, the king decided to go visiting places of historical importance and pilgrim centres at distant places.

He decided to travel by foot to interact with his people.

People of distant places were very happy to have a conversation with their king. They were proud that their king had a kind heart.

After several weeks of travel, the king returned to the palace.

He was quite happy that he had visited many pilgrim centres and witnessed his people leading a prosperous life.

However, he had one regret. He had intolerable pain in his feet as it was his first trip by foot covering a long distance.

He complained to his ministers that the roads weren’t comfortable and that they were very stony.

He could not tolerate the pain. He said that he was very much worried about the people who had to walk along those roads as it would be painful for them too!

Considering all this, he ordered his servants to cover the roads in the whole country with leather so that the people of his kingdom can walk comfortably.

The king’s ministers were stunned to hear his order as it would mean that thousands of cows would have to be slaughtered in order to get sufficient quantity of leather.

And it would cost a huge amount of money also.

Finally, a wise man from the ministry came to the king and said that he had another idea.

The king asked what the alternative was.

The minister said, “Instead of covering the roads with leather, why don’t you just have a piece of leather cut in appropriate shape to cover your feet?”

The king was very much surprised by his suggestion and applauded the wisdom of the minister.

He ordered a pair of leather shoes for himself and requested all his countrymen also to wear shoes.