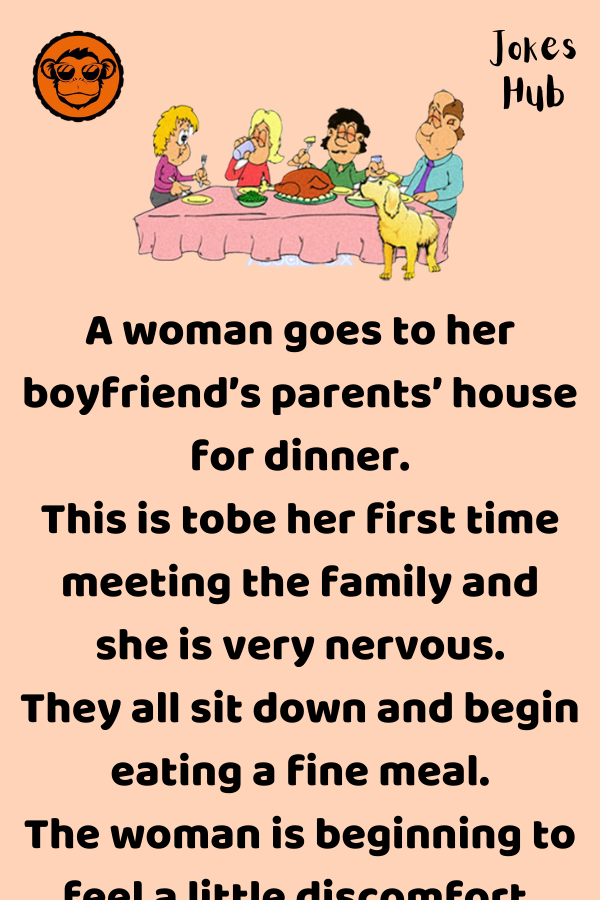 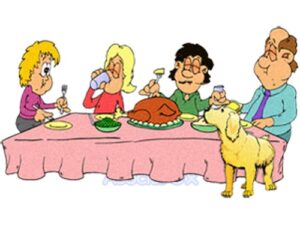 A woman goes to her boyfriend’s parents’ house for dinner.

This is tobe her first time meeting the family and she is very nervous.

They all sit down and begin eating a fine meal.

The woman is beginning to feel a little discomfort, thanks to her nervousness and the broccoli casserole.

The gas pains are almost making her eyes water.

Left with no other choice, she decides to relieve herself a bit and lets out a dainty fart.

Before she even had a chanceto be embarrassed, her boyfriend’s father looked over at the dog that had been snoozing at the woman’s feet and said in a rather stern voice, “Skippy!”.

The woman thought, “This is great!” and a big smile came across her face.

A couple of minutes later, she was beginning to feel the pain again.

This time, she didn’t even hesitate. She let a much louder and longer fart rip.

The father again looked and the dog and yelled, “Dammit Skippy!”

Once again the woman smiled and thought “Yes!”.

A few minutes laterthe woman had to let another one rip.

This time she didn’t even think about it.

She let rip a fart that rivaled a train whistle blowing!

Once again, the father looked at the dog with disgust and yelled,”Dammit Skippy, get away from her before she shits on you!”