A famous scientist was on his way - Jokes Hub 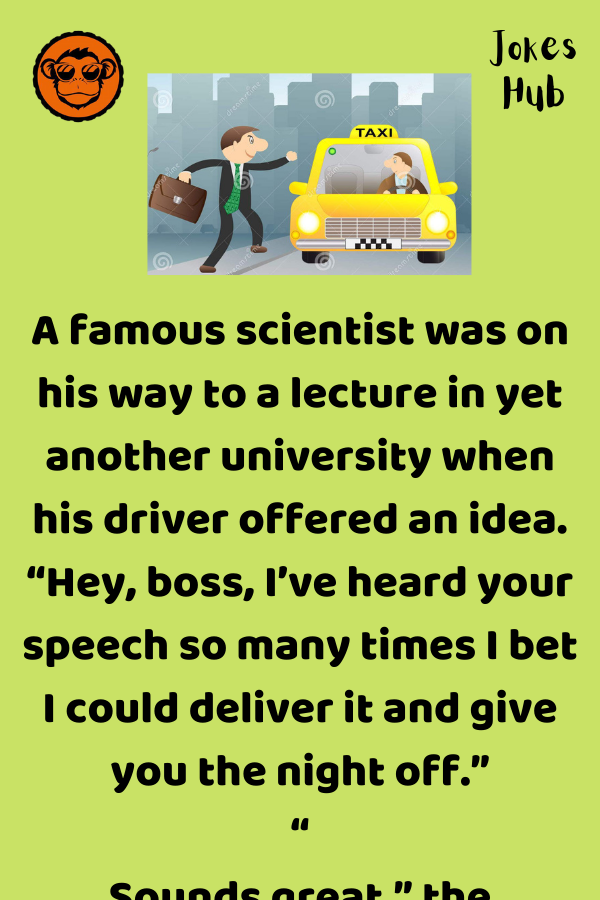 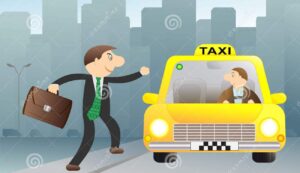 A famous scientist was on his way to a lecture in yet another university when his driver offered an idea.

“Hey, boss, I’ve heard your speech so many times I bet I could deliver it and give you the night off.”
“
Sounds great,” the scientist said.

When they got to the auditorium, the scientist put on the driver’s hat and settled into the back row.

The driver walked on the stage delivered the speech.

Afterward he asked if there were any questions.

Then he launched into a highly technical question.

The driver was panic-stricken for a moment but quickly recovered.

“In fact, it’s so easy, I’m going to let my driver answer it