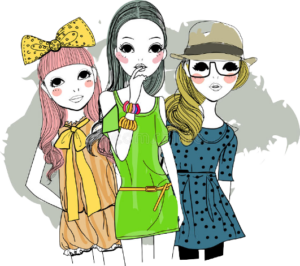 Three blondes were sitting by the side of a river holding fishing poles with the lines in the water.

A game warden came up behind them, tapped one on the shoulder and said,

“Excuse me, ladies, I’d like to see your fishing licenses.”

“We don’t have any.” replied the first blonde.

“Well, if you’re going to fish, you need fishing licenses.”

“But officer,” replied the second blonde,

“we aren’t fishing. We all have magnets at the end of our lines and we’re collecting debris off the bottom of the river.”

The warden lifted up all the lines and, sure enough, there were magnets tied on the end of each line.

“Well, I know of no law against it,” said the warden,

“take all the debris you want.” And with that, he left.

As soon as he was out of sight, the three blondes started laughing hysterically.

“What a dumb cop,” the second blonde said to the other two, “doesn’t he know that there are steelhead trout in this river?!”