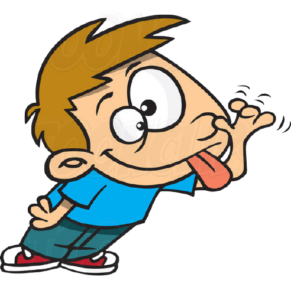 A man and his wife are discussing what they think their son will be when he grows up.
“I have an idea,” says the father. He puts a ten-dollar bill, a bottle of whiskey, and a Bible on the coffee table.
“If he takes the money, he’ll be a banker. If he takes the whiskey, he’ll be a wino, and if he takes the Bible, that means he’ll be a preacher.”
So the man and his wife hide just before their son comes in the door, and watch from where they’re hiding.
The boy saunters over to the coffee table.
He picks up the ten-dollar bill, looks at it, then sets it down.
He picks up the bottle of whiskey, uncorks it, sniffs it, then sets it down.
He picks up the Bible, leafs through it, and sets it down.
Then the boy takes the money and stuffs it into his pocket, grabs the whiskey, and walks off with the Bible under his arm.
“Well, how do you like that!” exclaims the father…

“He’s going to be a politician!

Dad asked me for the Vaseline