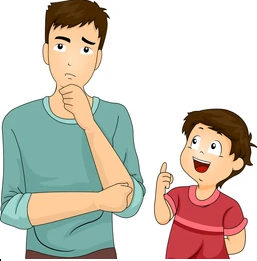 Little Johnny came home after playing with his older friends.

Johnny laughed, but he never understood what the words meant.

He walks over to his dad and asks:

The dad, taken slightly aback by the bashful Johnny, decided he did not want Johnny to know that kind of language yet. So he replies.

“What about f***king?” Johnny replies.

“F***king is the same thing as pedalling.”

His dad furrows his brows slightly.

“A c***dom is a bicycle chain. Say, you should probably go to bed soon, you have school tomorrow.”

He wakes up the next morning plenty of time to go to school.

Despite that, he still ends up 20 minutes late for his first class.

“So, Johnny”, his teacher starts talking,

“Why are you so late for class?”

A Young Family Moved Into A House