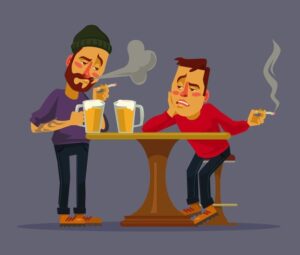 A man stumbles up to the only other patron in a bar and asks if he could buy him a drink.

Why of course, comes the reply.

The first man then asks: Where are you from?

The first man responds: You don’t say, I’m from Ireland too! Let’s have another round to Ireland.

Of Course, replies the second man.

Curious, the first man then asks:”Where in Ireland are you from?

I can’t believe it, says the first man.”I’m from Dublin too! Let’s have another drink to Dublin.

Of course, replies the second man.

Curiosity again strikes and the first man asks: What school did you go to?

Saint Mary’s, replies the second man. I graduated in 62.

This is unbelievable! the first man says. I went to Saint Mary’s and I graduated in ’62, too!

About that time in comes one of the regulars and sits down at the bar. What’s been going on? he asks the bartender.

Nothing much, replies the bartender. The O’Malley twins are drunk again.

You Got A Mail