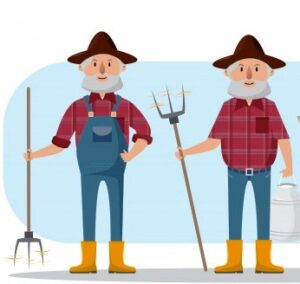 Two old farmers, Joe and Bob, lived as neighbors but didn’t like each other much.

In 1999, there was a period of -30 degrees centigrade cold and Bob and Joe had nothing to do because of it.

So they bet a bottle of vodka who can sit out on the window ledge the longest with a bare a$s.

Bob explained and she said,

“Come on, you will only freeze your a$s off.”

Bob refused as he wanted to win the bet.

Then his wife got an idea.

“Let’s change places when Joe is looking the other way.”

Bob’s Wife put on the same kind of pullover and cap and traded places with Bob.

Half an hour later Joe’s wife came home and asked him,

Joe told her and said,

“I am determined to win the bottle!”

“Certainly not, I am already on the winning side.

Bob lost his b@lls half an hour ago!”

A King Enrolled His Donkey In A Race

An Old Woman Is Riding In An Elevator