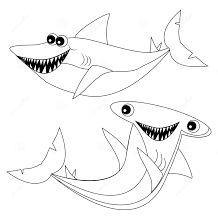 Two great white sharks swimming in the ocean spotted survivors of a ship that had just sunk.

“Follow me son” the older father shark said to the son shark and they swam to the mass of people.

“First we swim around them a few times with just the tip of our fins showing.” And they did.

“Well done, son! Now we swim around them a few times with all of our fins showing.” And they did.

“Now we eat everybody.” And they did.

When they were both gorged, the son asked,

“Dad, why didn’t we just eat them all at first? Why did we swim around and around them?”

“Because they taste better without the sh!t inside!”

An Elderly Man In A Bar Had A Couple Of Beers