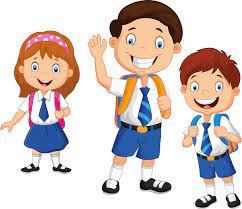 As they were cutting through the alleys and backyards,

They happened to look through a hole in the fence of one of the yards where a woman was sunbathing openly.

As they looked through the hole, Johnny suddenly started to scream, left his friends and took off running for home.

The next day, as the three boys came home again, they found the same hole in the fence and started to watch the woman.

Again, after just a few minutes, Johnny started screaming and ran off quickly.

On the third day, the boys were peeping into the hole in the fence again after school, when Johnny turned around and started to run again.

But this time, Bill and Tommy grabbed him and demanded to know what was wrong.

Johnny replied, “My mother told me that if I ever looked at a undressed woman, I would turn to stone…

And I started to feel a part of me getting awfully hard!

The 92-Year-Old Lady Moved To A Nursing Home

An Old Johnny Goes Into The Car Showroom