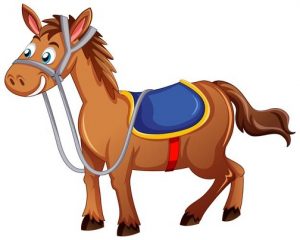 A traditional tunisian joke I was told by my grandmother and she heard from hers.

The bey(King) was missing his mistress who was living far away.

He decided to pay her a visit wearing his more expensive clothes, but out of precaution, he decided to first ask his wazir(minister) of weather whether there would be rain on that day.

The wazir paused for 5 minutes, assessing the clouds, counting them, comparing their shapes and colors, and writing down gibberish on an expensive silk paper.

At the end, he went to the bey and said: “Sire, there will be no rain this week.

If anything, there are risks of drought.”. That made the bey happy and he went along on his journey.

While on the road, he crossed paths with an old hooded man having a donkey.

The bey said: “Hey you old thing, can’t you see from the blue of the sky and the heat of the sun that it won’t rain? Why are you wearing a hooded coat?” to which the old man answered: “I thank Your Majesty for the concerns, but you shouldn’t be wearing these summer clothes for it will rain today before sunset. ”

The bey didn’t want to waste time there so he just kept on going thinking the old man is crazy.

Obviously, it rained while the bey was midway through. And believe when I say that it was rain like it never rained before since Noah’s flood! The bey arrived tired and soaked to his mistress who couldn’t help but laugh at the sight of the most powerful man in the country in such a poor state.

Needless to say that he didn’t get some that night.

Days later when the storm got dissipated and he finally got back to his castle, he fired the wazir and summoned the old man.

That man showed up in court with his donkey.

The bey didn’t seem to care and said: “Oh wise elder, you managed to predict the rain when even my most educated expert could not.

Would you please take his place and become my wazir of weather?”

To which the old man responded: “My King, I cannot accept, for I know nothing of weather.

It is my donkey that is mighty for it raises its ears when sun will shine and lay them down when rain will set.”

“I see” the bey said “in that case, it is the donkey that will now be my minister”.

And it is since that day that we tunisians have the custom of having donkeys in the government!