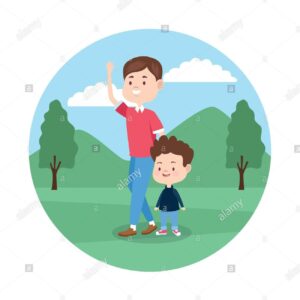 A boy and his dad are walking through the park

During the walk the boy sees two men dressed as cowboys saunter by.

‘Dad, look at those bow-legged bastards!’ He says

The father, quite upset now turns to his son and says, ‘I told you not to say that and I do not want to hear it again, or else.’

Just a few minutes go by and another pair of cowboys, walk by and once again the child yells,

‘That’s it!’ the father yells, he picks the kid up and takes him home and locks him in his room with the complete works of Shakespeare.

Every day he comes to give the boy food and see if he has made any improvement.

Till one day when he knocks the boy responds

‘foresooth father, tis a fine day, might we go for a stroll in yonder park.’

Amazed that it worked and feeling like he is certainly father of the year for pulling this off he let’s the boy out and they go to the park.

They are walking along and the boy is speaking in brilliant prose about the trees, the birds, the blue sky, and the placid lake.

Just then another two of these fellows dressed like cowboys come walking by.

The boy turns to his father and says,

‘Father, what strange men are these their balls hang in parentheses?’

A Wife At The Strip Club

A hunter had been out hunting bear