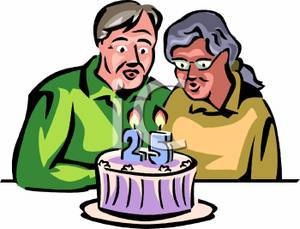 Once upon a time a married couple celebrated their 25th marriage anniversary.

They had become famous in the city for not having a single conflict in their period of 25 years.

Local newspaper editors had gathered at the occasion to find out the secret of their well known “happy going marriage”.

Editor: “Sir. It’s amazingly unbelievable. How did you make this possible?”

“We had been to Bora Bora for honeymoon after marriage.

Having selected the horse riding finally, we both started the ride on different horses.

My horse was pretty okay but the horse on which my wife was riding seemed to be a crazy one.

On the way ahead, that horse jumped suddenly, making my wife topple over.

Recovering her position from the ground, she patted the horse’s back and said

“This is your first time”.

She again climbed the horse and continued with the ride.

After a while, it happened again.

This time she again kept calm and said

“This is your second time” and continued.

When the horse dropped her third time,

she silently took out the revolver from the purse and shot the horse dead.

I shouted at my wife:

“What did you do you psycho. You killed the poor animal. Are you crazy?” …

She gave a silent look and said:

Husband: “That’s it. We are happy ever after.”

Jenny was explaining to her husband