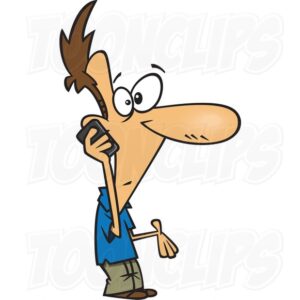 Peter called his doctor’s office for an appointment.

“I’m sorry,” said the receptionist, “we can’t fit you in for at least two weeks.”

“But I could be dead by then!” “No problem. If your wife lets us know, we’ll cancel the appointment.”

Patient: “Nurse, I keep seeing spots in front of my eyes.”

Nurse: “Have you seen a doctor?”

Question: Does an apple a day keep the doctor away?

Answer: Only if you aim it well enough.

Doctor: “Sit down and don’t stir.”

Q: What’s the difference between a general practitioner and a specialist?

A: One treats what you have, the other thinks you have what he treats.

During residency, I got paged at 3AM to the SICU.

I called them, a bit curious as to what was going on, as 3AM calls to the neurologist rarely come from the SICU.

When I introduced myself as the on-call neurologist, the very southern-sounding nurse loudly exclaimed:

“Neurology? I wanted Urology. I got the wrong end!”

Patient: “Doctor, doctor, will I be able to play the violin after the operation?”

Patient: “Great! I never could before!”

A doctor is the only man who can tell a woman to take off all her clothes and then send a bill to her husband!

Q: What’s the difference between a marriage and a mental hospital?

A: At a mental hospital you have to show improvement to get out.

When I told the doctor about my loss of memory, he made me pay in advance.

A woman says to the dentist:

“I don’t know which is worse having a tooth pulled or having a Baby.”

“Well make up your mind I gotta adjust the chair!”

Doc says, “Joe, I got some bad news for you. You’ve got six months to live.”

Patient: “Doctor, I get heartburn every time I eat birthday cake.”

Doctor: “Next time, take off the candles.”

My doctor’s office has a foolproof way to collect. You pay your bill before you leave or you don’t get your clothes back.

His wife Maggie was in labor and Brian was sure it was time to head to the hospital.

Breathing heavily, Brian grabbed the phone and called the doctor.

The doctor tried to relax the poor fellow,

“just try to relax, now tell me how much time elapses between the contractions?”

“SHIRLEY!” Brian screamed on the top of his lungs,

“And is this her first child?” Questioned the doctor.

“NO YOU STUPID NITWIT, THIS IS HER HUSBAND!”

Things You Don’t Want to Hear During Surgery:

#Has anyone seen my watch?

#That was some party last night. I can’t remember when I’ve been that drunk.

#Damn! Page 47 of the manual is missing!

#Well this book doesn’t say that, What edition is your manual?

#OK, now take a picture from this angle. This is truly a freak of nature.

#Better save that. We’ll need it for the autopsy.

#Come back with that! Bad Dog!

#Wait a minute, if this is his spleen, then what’s that?

#Hand me that, uh, that uh, thingy

#If I can just remember how they did this on ER last week.

#Hey, has anyone ever survived 500ml of this stuff before?

#Damn, there go the lights again,

#Ya know, there’s big money in kidneys. Hell, the guy’s got two of ’em.

#Could you stop that thing from beating; it’s throwing my concentration off.

#I wish I hadn’t forgotten my glasses.

#Well folks, this will be an experiment for all of us.

#What do you mean, he’s not insured?

#This patient has already had some kids, am I correct?

#Nurse, did this patient sign the organ donation card?

#Don’t worry. I think it is sharp enough.

#What do you mean “You want a divorce”!

#I don’t know what it is, but hurry up and pack it in ice.

#That laughing gas stuff is pretty cool. Can I have some more of that?

#Hey Charlie, unzip the bag on that one, he’s still moving.

#Did the doctor know he would look like that afterwards?

#Of course I’ve performed this operation before, Nurse!

#FIRE! FIRE! Everyone get out!

How to catch an elephant

Man Goes Into A Pet Shop To Buy A Monkey