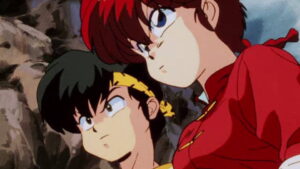 One day, there were two boys playing by a stream.

One of the young boys saw a bush and went over to it.

The other boy couldn’t figure out why his friend was at the bush for so long.

The other boy went over to the bush and looked.

The two boys were looking at a woman bathing undressed in the stream.

All of a sudden, the second boy took off running.

The first boy couldn’t understand why he ran away, so he took off after his friend.

Finally, he caught up to him and asked why he ran away.

The boy said to his friend,

“My mom told me if I ever saw a undressed lady, I would turn to stone, and I felt something getting hard, so I ran

An Australian asks a travel agent