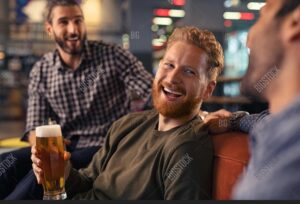 Three married men are sitting in a pool club and arguing over who has the worst marriage.

One of the men says, “I have it the worst.

My prudish wife won’t sleep with me more than once a month!.

She refuses!” The other men shake their heads.

One of them asks, “what did you do about it?”

The second man says, “You think that’s bad? My uptight wife won’t even sleep with me once a year!”

The other men shake their heads and one of them asks, “so, what did you do about it?”

She’ll literally do any guy.”

The men laugh, then the third man says,

“That too bad for you guys, but honestly,

I definitely have it the worst.”

The men say, “what’s the problem with your wife?”

The man says, “Well for one, she’s always down here playing pool

What bird can do more that others

A woman was having an affair