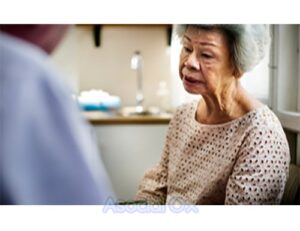 Old Granny Parkinson had won over half a million dollars in the lottery,

but as she was a frail little woman her family was concerned that the shock of hearing the news might prove too much for her.

Accordingly, they called in the family doctor to ask his advice.

“I’ll tell her if you like,” said the doctor. “I’ll lead up to it gradually.”

The family accepted his offer gratefully, and showed him into the old lady’s bedroom.

The doctor pretended to give her a routine examination and then began to chat generally of this and that, carefully leading the conversation ‘round to money.

“Tell me Mrs. Parkinson,” he said, “what would you do if you suddenly came into half a million dollars?”

“Half a million?” said the old lady reflectively, “well you’ve always been very good to me, doctor, so I think I’d give half of it to you.”

And the doctor immediately collapsed and died of shock.

First Day At The New Job