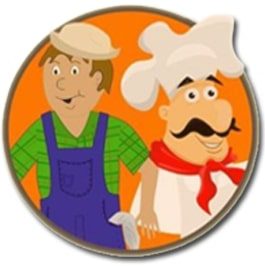 Once upon a time, there lived a farmer and a baker who did business with each other.

Soon, they had a good bond and became friends.

One day, the baker suspected that the baker was cheating him and that he didn’t give him a pound of butter, so he decided to weigh the butter to see if he was actually getting the right amount.

When he measured the butter, he found that he was not getting the right amount of butter from the farmer.

This made him very angry and so he decided to take the poor farmer to the court.

When the judge confronted the farmer with the accusation the farmer replied “Your Honor, long before the baker started buying butter from me, I have been buying a pound loaf of bread from him.

Everyday when the baker brings the bread, I put it on the scale and give him the same weight in butter.”

If anyone is to be blamed, it is the baker.

Try To Change Yourself