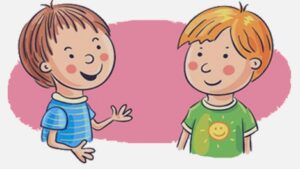 There were two brothers who were always up to some mischief.

If somebody had been locked up in his house or if somebody’s dog had been painted green, one always knew who the culprits were the brothers.

One day the boys’ mother asked a priest to talk to her sons and put the fear of God in them so that they would mend their ways.

The priest asked her to send her sons to him one at a time.

When the younger boy, a lad of thirteen, came, he made him sit and asked him: “Where is God?”

The boy did not answer. The priest asked again, in a louder voice: “Where is God?”

But when the priest asked the same question a third time, the boy jumped up and ran away.

He went straight to his brother.

“We are in big trouble!” he gasped.

“What’s wrong?” asked the older boy, warily, wondering which of their sins had caught up with them.

“God is missing,” said the youngster, “and they think we have something to do with it!”

A Truck For Fifteen Dollars