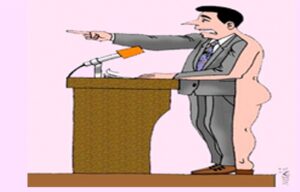 had an affair with his boss’ wife; had scr***wd his boss’ 17 year old daughter on numerous occasions, taken illegal drugs;

had several homosexual affairs; was arrested several times for public n***dity and gave VD to his sister-in-law.