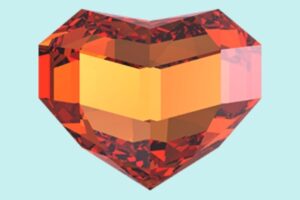 A man went to God and asked, “What’s the value of life?”

God gave him a stone and told him to figure out its value without selling it.

The man then took the stone to an orange seller and asked about its value.

The orange seller offered 12 oranges for it.

The man refused and told the seller that God asked him not to sell it.

He went to the vegetable seller and also asked him what is the value of that stone.

The vegetable seller offered a sack of potatoes which the man refused too.

Then he proceeded to the jewelry shop and again asked about the value of the stone.

But the jeweler offered $150,000 again, however the man explained that he should not sell the stone.

In the end, he went to a precious stone shop and again asked about the value of this shiny stone.

The seller saw the ruby, laid it down a red cloth and he put it on it.

He asked the man where he got the stone and told him that he could never be able to purchase it even if he sold the whole world and his own life.

The man was stunned and went back to God and explained to him what happened.

Then he asked God one more time: “What is the value of life?”

To which God replied: “The answers you got from the Orange Seller, the Vegetable Seller, the Jeweler and the Precious Stone’s Seller explain the value of our life…

You may be a precious stone, even priceless, but people may value you based on their level of information, their belief in you, their motive behind entertaining you, their ambition, and their risk taking ability.

But don’t fear, you will surely find someone who will discern your true value.”

In the eyes of God everyone is unique and precious.

You should respect yourself and know that nobody can replace you.