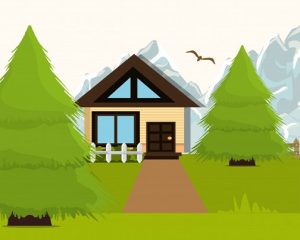 Van typically the fall guy in everyone’s jokes was one day surprised to receive an invite from one of his neighbors Koos.

Koos was one of the local rich kids by inheritance.

He held the party around the pool in the backyard of his mansion.

Everyone was having a good time drinking, dancing, eating shrimp, oysters and BBQ and flirting with the women.

man eating crocodile in my pool and I’ll give a million bucks to anyone who has the balls to jump in.”

The words were barely out of Koos’ mouth when there was a loud splash and everyone turned around and saw Van in the pool!

Van was fighting the croc and kicking its a***s!

He was jabbing the croc in the eyes with his thumbs, throwing punches, doing all kinds of things like head butts and chokeholds, biting the croc on the tail and flipping it through the air like some kind of Japanese Judo Instructor.

The water was churning and splashing everywhere.

Both Van and the croc were screaming and raising hell.

Finally Van strangled the croc and let it sink to the bottom like a sick goldfish.

Van then slowly climbed out of the pool.

Everybody was just staring at him in disbelief.

Finally Koos , the rich guy says, “Well, Van, I reckon I owe you a million bucks.”

“Man, I have to give you something. You won the bet. How about half a million bucks then?”

Koos said, “Come on, I insist on giving you something. That was amazing.

How about a new Porsche and Rolex and some stock options?”

Confused, Koos said, “Well, Van, then what do you want?”

Van answered, “I want the name of the smart a**s who pushed me in the pool!”

What Will They Say?

The Pregnant Woman Inside The Bus