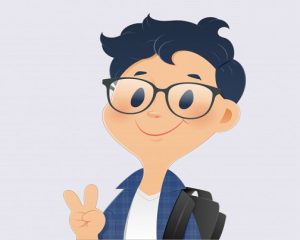 A traveling salesman checks into a futuristic motel.

Realizing his hair needs cutting, he calls the desk clerk to ask if there’s a barber on the premises.

“I’m afraid not sir,” the clerk tells him, “but there’s a vending machine down the hall that should be able to help you”.

Intrigued, the salesman finds the machine with the sign HAIRCUTS $10.00.

He is skeptical but puts in $10 and sticks his head in.

The machine starts to whirl and buzz.

Fifteen seconds later, he pulls out his head to reveal the best haircut of his life!

Looking around, he sees another machine with the sign MANICURES $10.00.

“Why not”, he thinks and inserts his hands into the opening.

Fifteen seconds later, he pulls them out to find they’re perfectly manicured.

Amazed at this new technology, he reads the sign on the next machine, THIS MACHINE PROVIDES WHAT MEN NEED MOST WHEN AWAY FROM THEIR WIVES $10.00.

The buzzing starts and the guy shrieks in agony, but he cant escape!

Fifteen seconds later, the machine shuts down and, with trembling hands he withdraws his manhood………….

now with a button neatly sewn on the end!!

She Visited The Clinic And Cant Believe What Her Doctors Advise