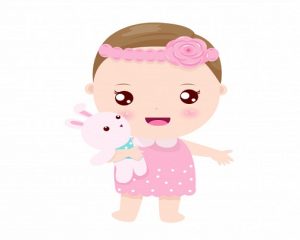 There was a little girl who really loved dolls.

She had a big collection of them in her bedroom. One day, while she was browsing through a shop on her own, she spotted a really beautiful doll.

It would make a perfect addition to her collection. She only hoped she had enough money to buy it.

“How much is that doll, ma’am?”, she asked the old woman behind the counter.

“This doll is not for sale”, replied the woman.

The old woman became irritated. “I told you, it’s not for sale”, she said.

“Why not?”, persisted the girl.

“Because this doll is cursed!”

“I’m not going to sell it to you… But if you really must have it, go ahead and take it. It’s yours.

But if something bad happens, don’t blame me.”

“Ah! Yes, thank you!” said the girl, smiling as she grabbed the doll and walked out of the shop.

The little girl was so delighted to get the doll for free that she ran all the way home, carrying it in her arms.

When she got home to her apartment building, she went into the lobby.

It was deserted. She stood there waiting for the elevator to arrive.

The doors opened and she stepped inside, clutching her new doll tightly.

The doors closed, but the elevator did not move.

The little girl got scared and began trembling with fear.

“OMG”, she thought to herself. “Is this the curse of the doll?”

Suddenly, she felt the doll move in her arms.

Ever so slowly, its head turned to face her.

The little girl wanted to scream but she couldn’t make a sound.

The doll’s eyelids fluttered and opened.

It stared at her with it’s lifeless glass eyes.

Then its mouth opened and it said, “Push the button to go up, bitch!”

She Asked For Money To Pay The Rent