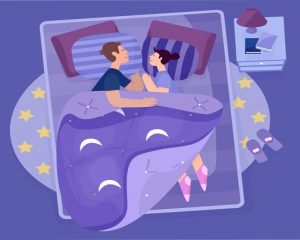 A couple had just gotten married and where alone together on their first night.

This was to be the first time they had made love and it was while her new husband was getting undressed that she noticed a few things about him.

As her husband took off his trousers, the wife noticed that his knees were all mangled and scared.

“Kneesels?” she asked, “what on earth is that?”

He replied, “Kneaseles are like measeles except they only affect the knees”.

He continued to undress and as he pulled off his socks his wife looked at his toes and found that they two were all mangled and scared.

She asked about this and he replied, “oh as a child I had tolio”.

He explained, “Tolio is like polio except it only affects the toes”.

As he began to remove his boxer shorts she shouted, “Don’t tell me, let me guess- small cox”.