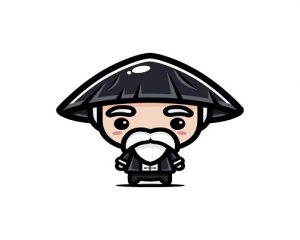 Michael the Dragon Master was an official in King Arthur’s court.

He had a long standing obsession – to nuzzle the beautiful Queen’s voluptuous chest.

But he knew the penalty for this would be death. One day he revealed his secret desire to his colleague, Horatio, who was the King’s chief physician.

The next day Horatio made up a batch of itching lotion.

He then poured a little of it into the Queens brassiere while she was taking a bath.

Soon after she dressed, the itching commenced and quickly grew in intensity.

When called to the royal chambers, Horatio told the King that only special saliva, if applied for four hours, would cure his type of itch.

He further explained that test had shown such saliva was only to be found in Michael the Dragon Master’s mouth.

Michael the Dragon Master slipped the antidote to the itching lotion, which Horatio had given him, into his mouth.

For the next four hours he worked passionately on the Queen’s magnificent fronts.

Satisfied, he returned to his chamber and found Horatio demanding payment.

However, with his obsession now satisfied, he refused to pay Horatio anything and shooed him away, knowing that Horatio could never report this matter to the King.

The next day, Horatio slipped a massive dose of the same itching lotion into King Arthur’s loincloth. Michael the Dragon Master was again summoned by the King.

The Worst Job Ever

Geography Of A Woman