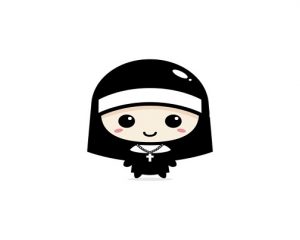 Sister Mary Katherine lived in a nunnery, a block away from Jack’s liquor store.

One day, in walked Sister Mary K. and said, “Oh Jack, give me a pint o’ the brandy.”

“Sister Mary Katherine,” exclaimed Jack, ” I could never do that! I have never sold alcohol to a nun in my life!”

“Oh, Jack,” she responded, “it’s only for the Mother Superior.”

Her voice dropped. “It helps her constipation, you know.”

So Jack sold her the brandy. Later that night, Jack closed the store and walked home.

As he passed the nunnery, who should he see but Sister Mary Katherine. And she was snookered.

She was singing and dancing, whirling around and flapping her arms like a bird, right there on the sidewalk.

A crowd was gathering. Jack pushed through and exclaimed, “Sister Mary Katherine! For shame! And you told me this was for the Mother Superior’s constipation!”

Sister Mary Katherine didn’t miss a beat as she replied, “And so it is, me lad, so it is.

When she sees me, she’s gonna shit.”

An Old Lady Having A Problem

Little Johnny And His Grandma