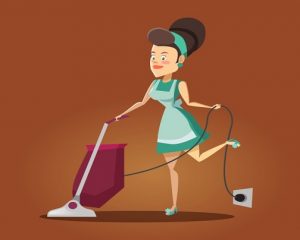 The very snobbish wife was discussing the subject of Christmas presents with her maid.

“Now what about the butler” the rich woman said? “A set of wine glasses” the maid suggested? The woman frowned icily.

“He doesn’t really need that. A butler never entertains. He’ll get a tie”.

The maid grimaced, but said only, “What about a dress for Jenny, the serving girl”? The woman frowned again.

“She doesn’t really need a new dress. She’ll only get in trouble.

We’ll get her another apron”.

The conversation continued in the same vein, and the maid was chafing at her employer’s arrogance when they reached her husband.

“I assume you want to get him something he really needs, madam”? the maid replied.

“Of course”, the woman replied.

“Then what about three more inches”? said the maid.

On A Long Flight