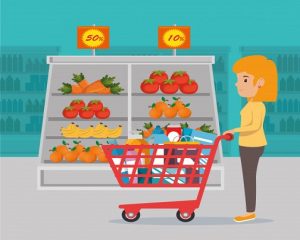 A woman goes to the supermarket.

She starts walking up and down the aisles.

Each aisle she goes to she touches her head, her ears, her chest, and her crotch.

After doing this a number of times a man approaches her and ask if she is having a problem.

She tells him no. He says that he would like to know what she is doing at the beginning of each aisle.

She says she is trying to remember her grocery list.

He seems puzzles and asks for an explanation, so she goes thru the motions again.

She touches her head and says, “Head of lettuce.”

A Letter From A Lovely Daughter

George Was On A Family Trip To Jerusalem