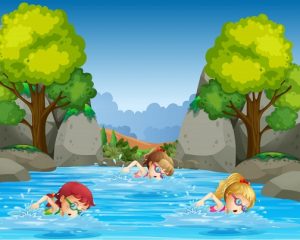 There was a swimming competition to cross the English Channel by only being allowed to do the brststroke.

The three women who entered the race were a brunette, a redhead, and a blonde.

After approximately 14 hours, the brunette staggered up on the shore and was declared the fastest swimmer.

About 40 minutes later, the redhead crawled up on the shore and was declared the second place finisher.

When the reporters asked why it took her so long to complete the race, she replied,

“I don’t want to sound like I’m a sore loser, but I think that the other girls were using their arms…”

Pigs Have Needs Too