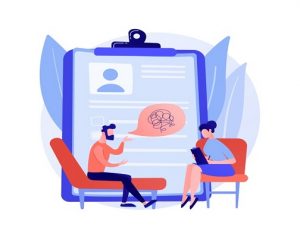 A woman consulted a divorce attorney to discuss her marriage annulment on account of her husband’s irrational attitudes.

After being married to her husband for years, a woman decided to call it quits as she was fed up of enduring his constant sexual demands.

The woman went to see a lawyer to assist with the procedure, as well as discuss the terms of the divorce.

After making her thoughts known to the divorce attorney, he questioned her saying: “Don’t you love him anymore?”

The wife replied, “Oh, I still love him, but all he ever wants is make love, I can’t take it anymore.”

The lawyer thought for a while and suggested to help save his client’s marriage.

He said “Instead of divorcing him, why don’t you try charging him every time you want to make love?”

The woman thought the suggestion was a good idea and decided to give it a try, hopeful that there was a chance to still live happily with the love of her life.

She left the attorney’s office and headed home hurriedly, but immediately she stepped into her house, her husband made his sexual advancements again.

Without further ado, the anxious husband pulled out a dollar bill and handed it to his wife.

The wife received the note and started making her way to the bedroom, but her husband stopped her in earnest, pulling her to him.

“Hold on. That would be five times in the kitchen.”