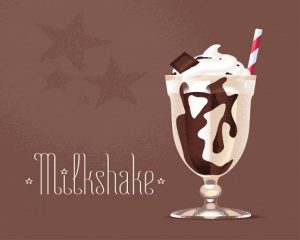 After ordering a milkshake, a man had to leave his seat in the restaurant to use the rest room.

Since he didn’t want anyone to take his shake, he took a paper napkin, wrote on it, “The world’s strongest weight lifter,” and left it under his glass.

When he returned from making his pit stop, the glass was empty.

Under it was a new napkin with a note that said “Thanks for the treat!” It was signed, “The world’s fastest runner.”

An Officer Pulls Over An 86 Year Old Blonde Woman