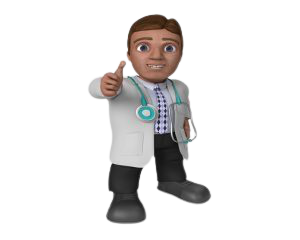 “Doctor, Don’t Laugh!” A man goes to the doctors and says, “Doctor, I’ve got this problem you see, only you’ve got to promise not to laugh”.

The doctor replies, “Of course I won’t laugh! That would be thoroughly unprofessional.

In over twenty years of being a doctor I’ve never laughed at a patient.”

“OK then,” says the man, and he drops his trousers.

The doctor is greeted by the sight of the tiniest weenie he has ever seen in his life.

Despite his best efforts, he begins laughing, softly at first, then uncontrollably.

Several minutes later he manages to compose himself and wipes the tears from his eyes.

“I’m so sorry,” he says to the patient, “I don’t know what came over me, I won’t let it happen again.

Now what seems to be the problem? The man looks up at the doctor with sad eyes and says, “It’s swollen.”

Pilot On The Intercom