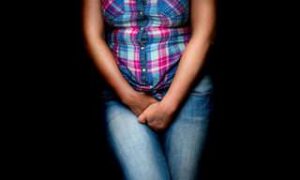 Two women go out one Saturday night without their husbands.

As they come back, right before dawn, both of them drunk, they felt nature calling.

They noticed that the only place to stop was a cemetery.

Scared and drunk, they stopped and decided to go there anyway.

The first one did not have anything to pat herself dry with, so she took off her panties, used them and discarded them.

The second woman, not finding anything either, thought, “I’m not getting rid of my panties…” so she used the ribbon from a nearby flower wreath to do the same.

The morning after, the two husbands were talking to each other on the phone, and one says to the other: “We have to be on the lookout.

It seems that these two were up to no good last night.

My wife came home without her panties…” The other one responded, “You’re lucky! Mine came home with a card stuck to her butt that read: “We will never forget you!”

The Drunk Man and the Fairground Booth