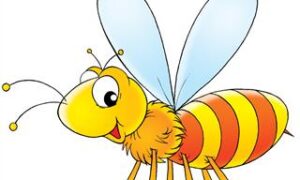 A biology student doing his thesis on wasps is walking down the street when he passes a record store.

In the window he sees a record called “wasps of the world, and the sounds they make”.

Intrigued, he walks into the store. He says to the shopkeeper “I’ll have that wasp record in the window please.

I’ve been listening to so many wasps, I’ll probably be able to know each and every one of them.

” He smiles smugly as the shopkeeper feigns interest.

The student pays and leaves. When he gets home he puts the record on. “Bbzzzzzzzzz” it goes, but the man is stumped, he doesn’t know what type of wasp this is! He waits for the next track.

“Bbbbzzzzzzzzzzzz” and again, he can’t identify which species of wasp this is! It gets to the fifth track and he breaks down.

The old professor ponders for a minute as he looks at the record.

Years ago, a man needs to take a flight

Jane was a first time contestant