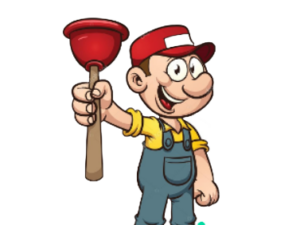 One professor of mathematics noticed that his kitchen sink at his home broke down.

He called a plumber. The plumber came on the next day, sealed a few screws and everything was working as before.

The professor was delighted. However, when the plumber gave him the bill a minute later, he was shocked.

“This is one third of my monthly salary!” he yelled.

Well, all the same, he paid it and then the plumber said to him:

“I understand your position as a professor.

Why don’t you come to our company and apply for a plumber position? You will earn three times as much as a professor.

But remember, when you apply, tell them that you completed only seven elementary classes.

So it happened. The professor got a plumber job and his life significantly improved.

He just had to seal a screw or two occasionally, and his salary went up significantly.

One day, the board of the plumbing company decided that every plumber has to go to evening classes to complete the eight grade. So, our professor had to go there too. It just happened that the first class was math. The evening teacher, to check students’ knowledge, asked for a formula for the area of the circle.

The person asked was the professor. He jumped to the board, and then he realised that he had forgotten the formula.

He started to reason it, he filled the white board with integrals, differentials and other advanced formulas to conclude the result he forgot. As a result he got “minus pi r squared”.

He didn’t like the minus, so he started all over again.

He got the minus again. No matter how many times he tried, he always got a minus. He was frustrated.

He looked a bit scared at the class and saw all the plumbers whisper:

“Switch the limits of the integral!!!”

A PETA activist visits a small ranch in Utah